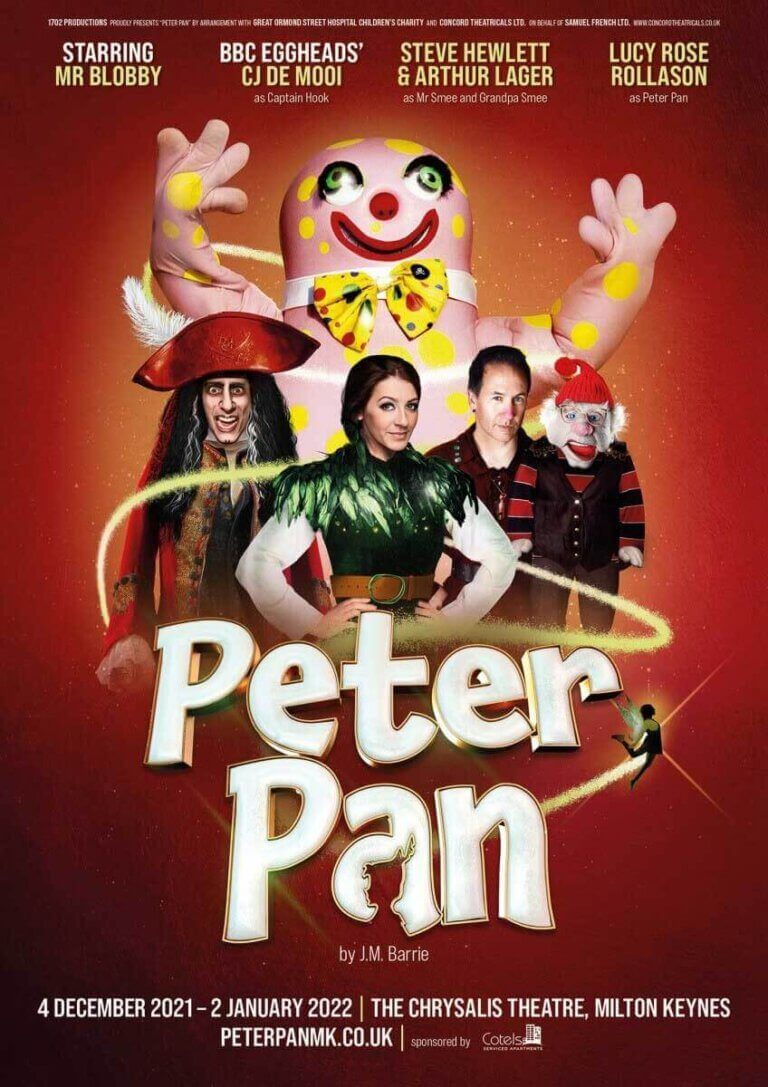 1702 Productions are delighted to announce that Peter Pan is in production, for The Chrysalis Theatre in Milton Keynes. The show will arrive at the venue from 4th December and run until 2nd January 2022.

The show stars top comedy ventriloquist, Steve Hewlett who will be playing the role of Mr. Smee, along with his right-hand man (literally) Arthur Lager who will perform as Grandpa Smee. Steve shot to fame on Britain’s Got Talent, and has since appeared in pantomimes across the UK, as well as his own sell-out ventriloquism show. Also joining on-stage will be Mr Blobby! Having caused mayhem on our television screens for 30 years, he’s set to bring the chaos to the stage in Peter Pan at The Chrysalis Theatre in Milton Keynes this panto season. Starring CJ de Mooi, Steve Hewlett as Mr Smee & Lucy Rose Rollason as Peter Pan & guest-starring Mr Blobby!

Collect your faith, trust and pixie dust – follow the second star on the right, and straight on ’til morning – because magic awaits you in Neverland! Expect fun, laughter & cheer!