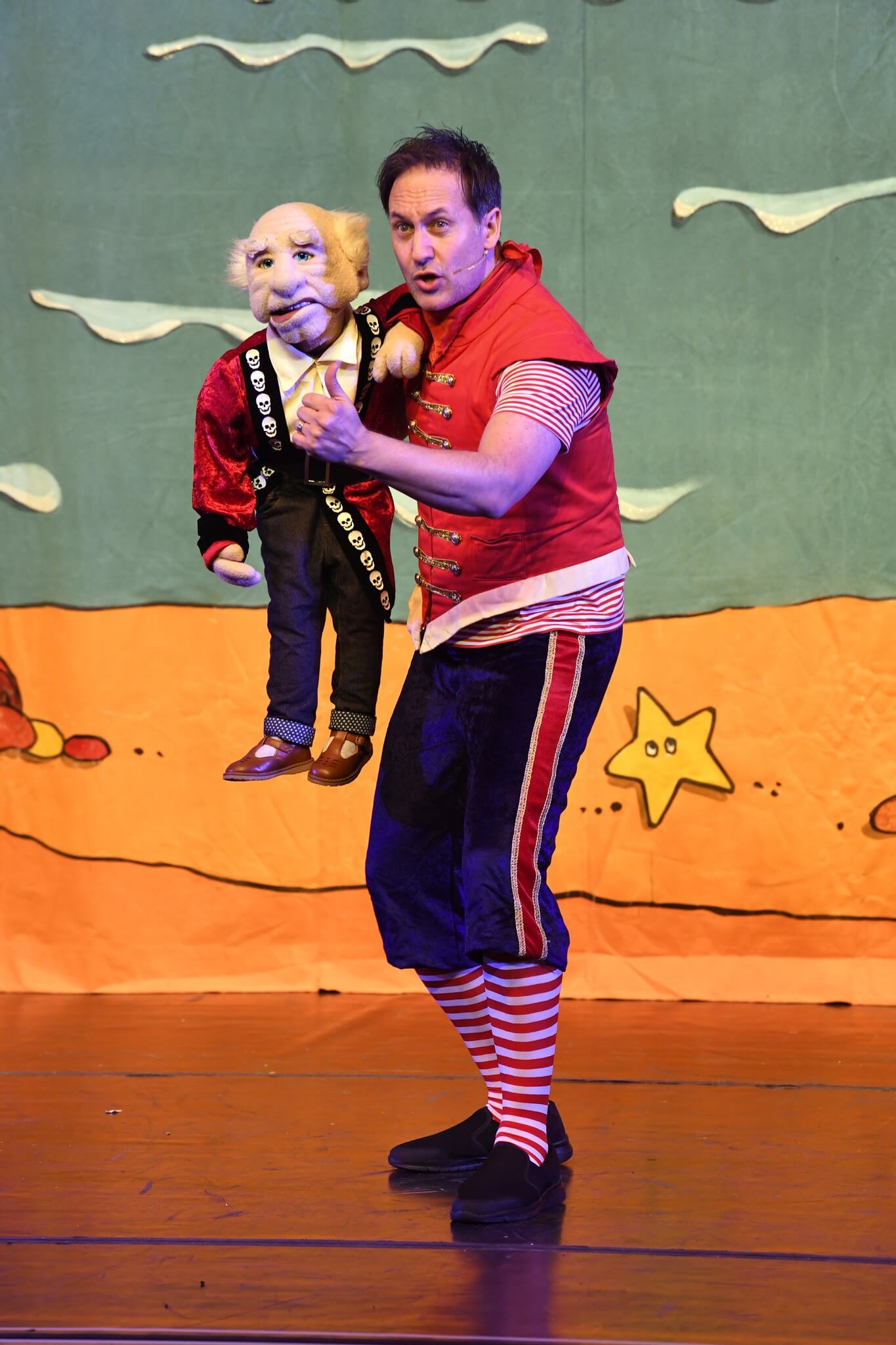 Equally talented is Steve Hewlett, a former Britain’s Got Talent finalist. Ventriloquist Steve plays an authentic Mr Smee and is accompanied by his trusty sidekick and his right-hand-man, puppet Arthur Lager, whose quips and one-liners made him a hilarious Grandad Smee. Steve was also great with young children from the audience in the traditional ‘Old MacDonald’ sequence shortly before the finale, while he also got the audience shouting out whenever he appeared.