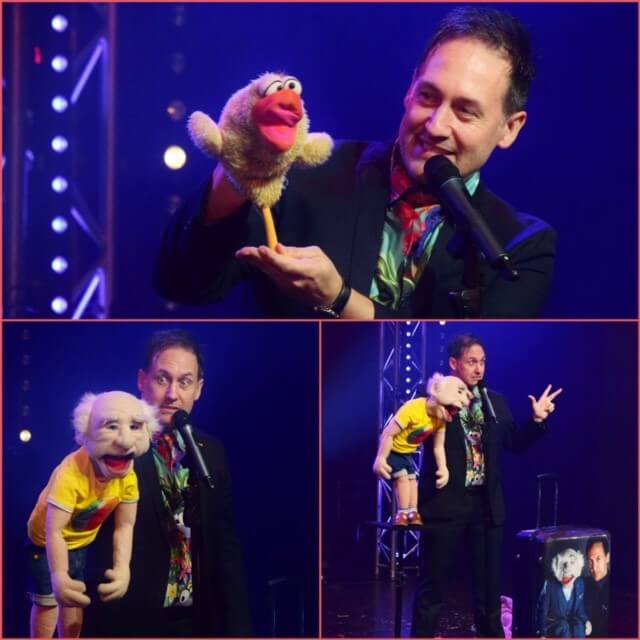 Wales247
I am ashamed to say, until last night, I’ve never actually seen comedy ventriloquist, BGT semi-finalist Steve Hewlett before. But oh boy did he deliver a lesson on both in his role as Muddles in Snow White. Steve from start to finish genuinely connected with the audience and had everyone eating out of the palm of his hand – I’m sure there is probably a ventriloquist joke there somewhere! He schooled the audience on ventriloquism 101… quite literally and his audience participation skit raised the roof with laughter. I won’t say what it is, but oh my, you are in for a treat.

Its On Cardiff
A stand out star of the show for us was definitely BGT’s Steve Hewlett as muddles, he was so talented and his individual performances throughout the show, used to break up set change-overs had the whole family mesmerised.

The show is arguably stolen by the brilliant comedy ventriloquist Steve Hewlett, who plays court jester Muddles, and his accomplice Arthur. His quick-witted and at points improvised turns were an absolute delight and he fully justified getting plenty of stage time with the production as a whole really making the best of the individual attributes of each performer – not to mention Ian ‘H’ Watkins gamely embracing his role as the butt of a very high proportion of the jokes in the script.